On behalf of the New York City Economic Development Corporation (NYCEDC), and in partnership with Civic Hall Labs (CHL), Civic Innovation Lab led program design and administration for NYC BigApps 2017 – the eighth program year of the premier civic innovation competition in New York City. Over the course of the competition, new innovations from an array of individuals and teams across the city competed for prizes and the chance to shape the city’s future through technology. Since its inaugural launch in 2009, the BigApps competition has catalyzed the creation of more than 500 new civic innovations, awarded nearly half a million dollars in prize money, and generated more than ten million dollars in seed funding toward technology products that help create a better New York City.

How We Did It

In 2017, BigApps aimed to serve New Yorkers even better. NYC BigApps 2017 applied the first-ever user-centered focus to developing the competition challenges by anchoring them in the real needs of New York City youth, seniors, and immigrants. The competition employed a participatory design process that engaged nearly a hundred local youth, seniors, and immigrants to shape challenges that spoke to their particular needs and opportunities. For the first time, the competition also included product development workshops to promote the development of more impactful and viable competition entries.

“The power of the City’s tech ecosystem is its potential to create real tech-driven solutions that enhance the qualify of life in the City. The BigApps competition taps directly into that potential.” – Mayor Bill de Blasio

By offering an open accelerator model to BigApps participants, we aimed to open source key methods for problem solving and provide participants with the tools necessary to develop solutions to major pain points experienced throughout the City. The Ideation & Prototyping Workshops took place during the open submission phase of the NYC BigApps 2017 competition. By engaging in the workshops, participants were able to effectively create solutions that employ “with, not for” methodologies, including empathy-building and person-centric design. These sessions strengthened participants’ submissions by enabling their ideas to be grounded in real user needs and experiences.

In 2017, NYC BigApps received a record-breaking 150 eligible submissions, almost 2.5 times as many as the previous competition held in 2015. We also saw an over 25% increase in the number of registered participants over the previous year. We believe the workshops and resources provided during the open submission phase was a large contributing factor to the increased participant engagement and retention.

BigApps 2017 engaged 54 mentors with expertise in technology, product development, user experience, marketing, and operations, as well as subject-matter expertise working with youth, seniors, and immigrants. The competition recruited mentors from the 30+ community partner organizations and sponsors, which hail from the private, public, and civic sectors. Mentors provided one-on-one office hours to workshop participants and guidance related to their skill set or areas of expertise. 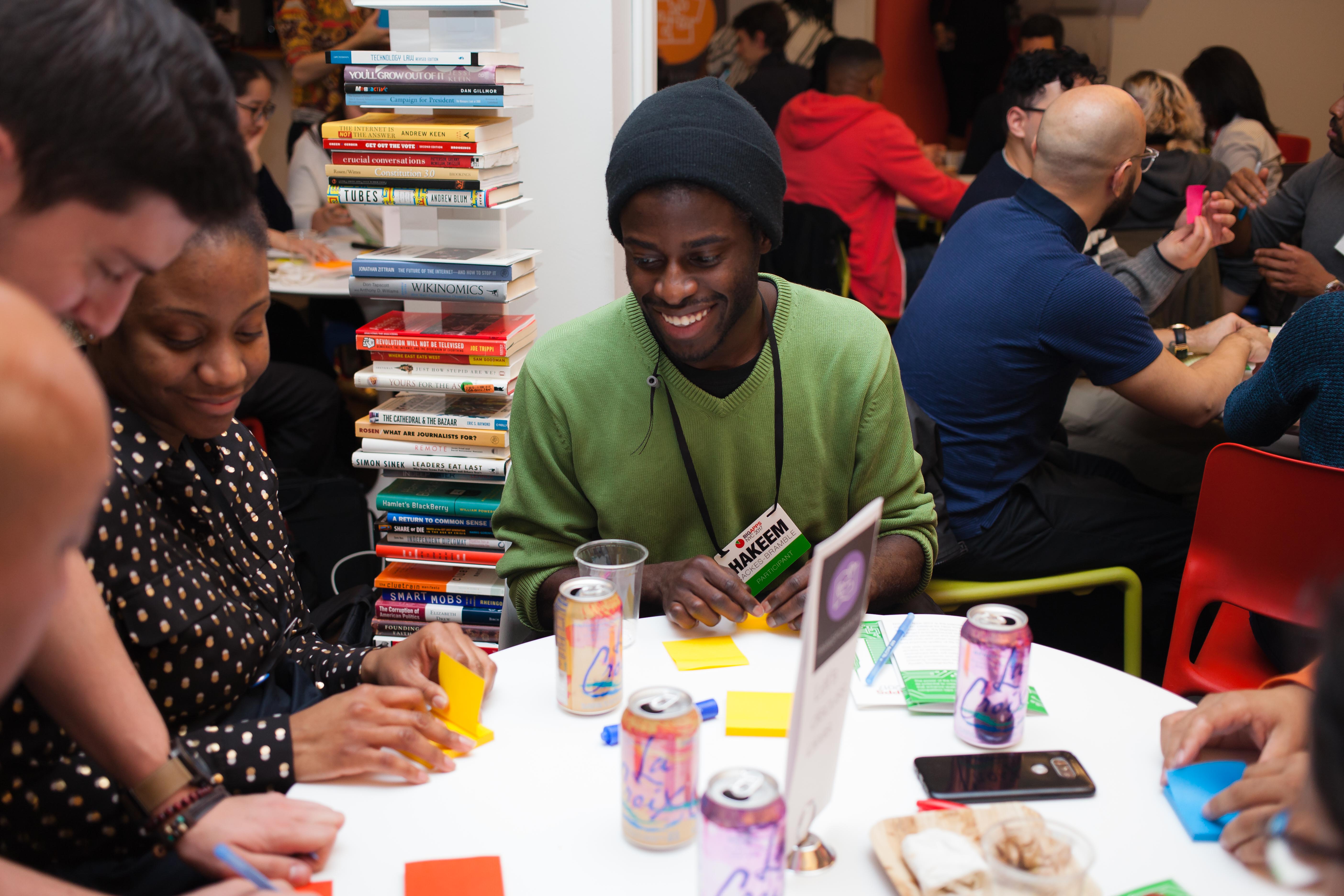 We believe that by developing challenges based on an in-depth understanding of end-users’ needs is a foundational step to finding a true market opportunity. By conducting a series of listening sessions driven by an empathic approach with both the target constituents and the providers who serve them, we were able to generate design challenges anchored in real human needs. The challenge statements were broad enough to attract a wide spectrum of innovators – from technologists and designers to academics and nonprofit professionals – while also being narrow enough to clearly articulate the challenges faced by NYC youth, seniors, and immigrants.

In addition, engagement of local public and private service providers is key to taking a holistic approach to solving pressing challenges faced by New Yorkers. While NYC BigApps was originally launched in 2009 to galvanize the tech community in New York City, the competition has taken a broader approach to improving the quality of life for people living in the City. This approach requires the engagement of not only the developers, designers, and entrepreneurs who traditionally participate in the competition, but also the subject-matter experts and nonprofit professionals who have an acute awareness and understanding of the challenges experienced by the City’s most vulnerable persons. By partnering with 30+ community-based organizations, most of which were not tech-based, we were able to source a more diverse set of mentors, expand promotions to a larger civically-minded network, and invite nontraditional innovators to participate in the BigApps competition.

Want to run your own innovation challenge? Contact Us